Tez, you are an experienced freeride foiler. Could you tell us what freeride foiling is about and what you enjoy the most about it?

Tez: For most people, freeride windfoiling will be about making use of light wind (sub-18 knots) and flying back and forth. Gybes will then be the move of choice I think. This is a good thing and definitely the main area industry bods should be focusing on rather than pouring all energy into high performance ends of the spectrum - foilstyle and racing (although these niches do need due attention as well).

There are two main reasons I like windfoiling. Flying back and forth in 12 knots of wind, effortlessly, with the sun beating down and nobody else on the water is pretty much picture postcard perfect. This was my scene most days this summer with the UK experiencing Mediterranean like conditions. It was like this for about 7 weeks!

The other reason is I can be on much smaller sails than most others. If it's 25-30 knots then great. But for everything below that threshold being able to use your small sails when all other riders are still on big rigs is just bliss. Why restle with anything bigger when you don't need to...?

What level do you need to be able to start freeride windfoiling?

Tez: I don't think there's a level that we can categorically say is when you should start foiling. In one of your previous articles about a light wind spot in Brazil, Marcello was explaining how he takes beginner windsurfers and transitions them to foiling as soon as they've cracked the sport's fundamentals. And why not? After all, learning to foil is no harder than learning to plane using a harness and footstraps.

In fact, due to there being no real necessity to use footstraps and harnesses foiling for progressing riders could end up being easier. For most sailors looking at foiling they'll already be planing comfortably. Some maybe going round corners whilst others will be aiming to crack that elusive carve gybe.

The Airride 81 gets you on a comfortable flight, which will excite you at any times.

Experienced foil surfers looking for the next step in performance, but also newcomers trying to get their first airtime.

The 2019 Airride 81 is the perfect choice for windsurfers trying to get into foiling, but don’t want to limit themselves in regards to performance. Almost the same outline as on the Airride + 91 creates incredible lift, speed and upwind potential, while the more toe in the nose makes it livelier and therefore suitable for smaller sail sizes. Still the parallel outline, cutouts in the tail, reducing the wetted surface, and the hull shape get you up in the air quickly with ease and the touchdowns super smooth.

The construction with 145 liters of volume and a width of 81cm makes the Airride 81 match smaller sails perfectly, still creating enough lift to get in the air quickly also with less stiff foils. Multiple insert positions accommodate all levels of windsurfers, which makes this board the perfect platform for beginners in foiling, but also intermediates and advanced riders. We implemented a long insert to accommodate all the different flying balance characteristics of foils available on the market.

Jump onto the Airride 81 and experience the sensation of foil windsurfing for the first time or push your limits in the air! 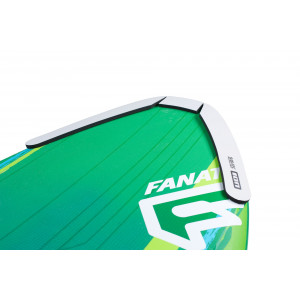 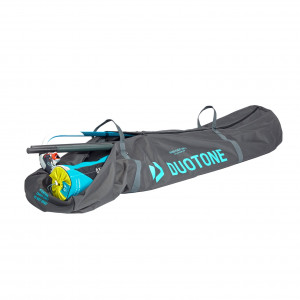